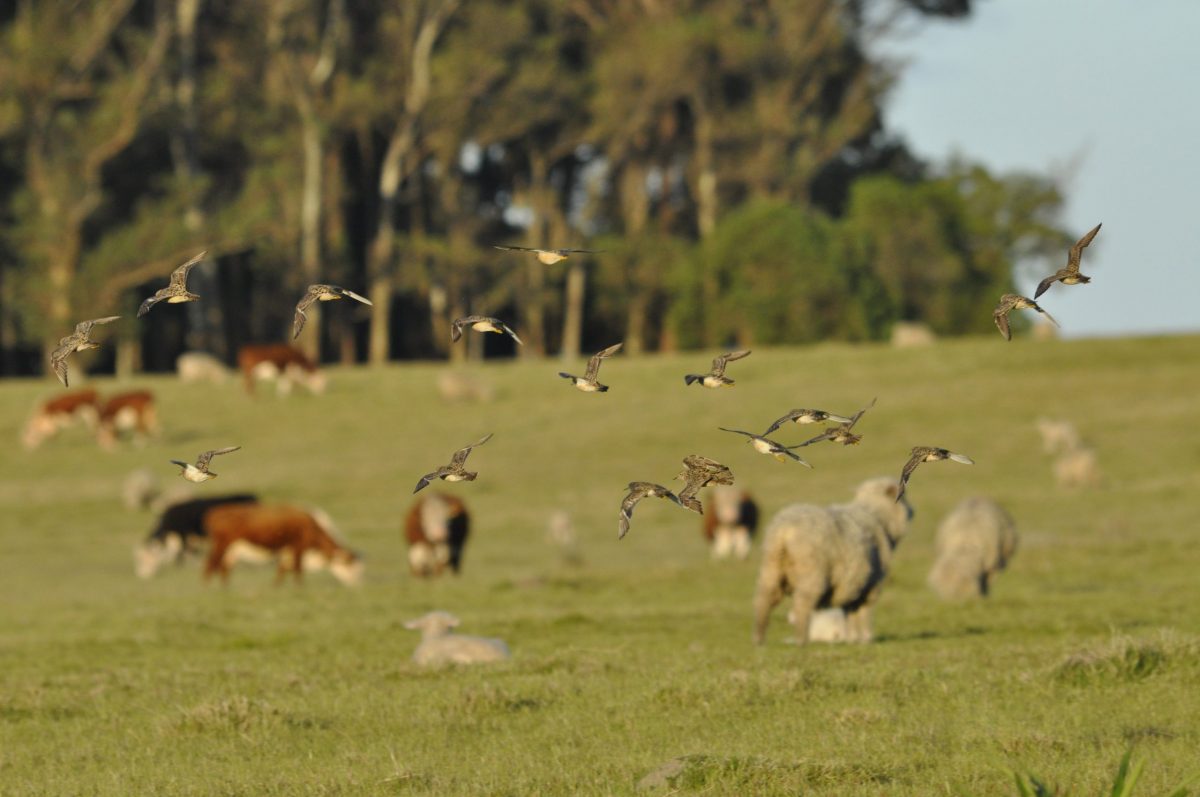 Posted at h in News by 0 Comments

Fundación Lagunas Costeras is implementing a project that will result in the creation of the first national network of cattle ranchers of the coastal lagoons who contribute to the conservation of migrant shorebirds.

We are pleased to announce the launch of our project “Integrative management of coastal lagoons in Uruguay for migrant shorebird conservation”, implemented with NMBCA (Neotropical Migratory Bird Conservation Act) funding and supported by Manomet, the WHSRN (Western Hemisphere Shorebird Reserve Network), the University of the Republic/CURE and Aves Uruguay.

Which species does the project focus on?

The project focuses on the conservation of habitats for two species of migrant shorebirds, the American Golden Plover and the Buff-breasted Sandpiper. These birds travel an incredible 30,000 km each year from their reproductive areas in the Arctic tundra and their wintering areas in the Southern Cone, where they spend the southern summer months. Their numbers are in decline, and to reverse this trend international initiatives like the WHSRN work to preserve habitats along key sites along the Americas. One of the pillars of this network is promoting best management practices. 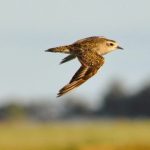 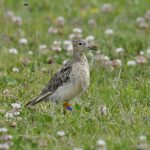 These tiny birds, weighing little over 50 grams, fly thousands of kilometres in a few weeks.

The coastal lagoons of Uruguay are home to large populations of these two species, so their ecological contribution to their conservation at the global level is significant. To contribute to habitat preservation, the project aims to create a network of cattle producers of the coastal lagoons to integrate productive development with shorebird conservation. A key concept that the project transmits is that productive lands produce grass and beef, and they also produce biodiversity and scenic beauty.

Part of the work consists in visits to producers by project team members. These verify the habitats for these birds and invite the producers to become part of the network and to begin to recognize and appreciate them. These exchanges will be complemented by information swaps between producers, in addition to workshops on the best productive practices that conserve shorebirds. Work is just beginning, and ranches are being visited on the five lagoons: José Ignacio, Garzon, Rocha, Castillos and Merin.

An important project component is the coastal lagoon citizen science network. Workshops will be implemented in late 2021 to learn more about species identification and tools like eBird to record sightings. Also, field trips will be organised to put into practice the workshop contents.

We shall be reporting progress on our website and on social networks.